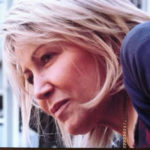 Laura Cosso, metteur en scène She studied theatre (Scuola del Teatro Nuovo di Torino), music (Conservatorio di Milano) and literature (Facoltà di Lettere e Filosofia di Torino). She obtained a diploma in singing and a degree in Music history with the highest notes. From the very beginning, she started working in the production and musicology. At present, she teaches Stage performance at the Conservatorio di Milano. She is considered one of the main Italian experts of Berlioz. She is artistic director of Novecento musicale europeo (Seconda Facoltà di Lettere, Università di Torino), she was in charge of the production for operas on behalf of Teatro Regio di Torino, Teatro Regio di Parma, Festival Ticino Musica (Svizzera). She has worked with multimedial theatre, has planned and produced operas for children. Together with her colleagues at the Conservatorio di Milano, she founded the Opera Studio where she is responsible for the production. Beside her privileged studies about Berlioz and the French music theatre of the XIX century, she has investigated the relationship between music, figurative arts and performance, music after the 2nd World War, Maderna, Berio and the contemporary music theatre. As musicologist, she has been collaborating for several years with opera houses, music associations, Italian and European music magazines. She takes part to congresses, is invited to hold conferences, television interviews (about Luciano Berio) and radio programmes (among them, a series of programmes about Berlioz for the Radio of Italian Switzerland). She is member of the Board of Directors of FAM (Fondazione Attività Musicali di Torino) that is responsible among others for the Festival MITO Settembre Musica in Turin. She has published several books.